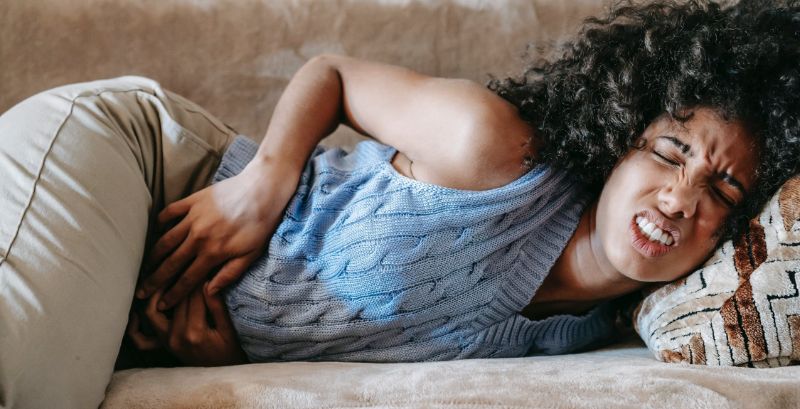 You are probably familiar with what happens during constipation. You sit on the toilet, heaving, and probably sweating as you try to get rid of last night’s supper. But the pressure does nothing to help, and you sit there for minutes on end, waiting to pass the waste.

Nothing happens, and you heave a bit more. If you are lucky, something comes of it. And if not, you can end up with tears as you try and push the waste out. Sometimes, you have to choose between the bloating and the tears. And you can end up with both.

Either way, constipation is not fun. The question is, what does tea have to do with this problem, and what can you do about it?

How you can get constipated from drinking tea

People conflict as to whether tea can cause constipation. Well, in this case, we will focus on real teas that come from the camellia sinensis plant. The other types are herbal teas. The reason the two are different is the presence of caffeine in real teas. This legal stimulant has many an effect on your digestive system.

For one, have you ever noticed that you pee more often after having tea or coffee? It owes to the diuretic effects of caffeine such that it fastens the digestive system and stimulating your colon. Note that not everyone will feel this way after having caffeine as it all comes down to your body.

Some people may not even feel the difference as they have built up a tolerance to this drug. Your sensitivity and metabolism rate play a considerable role in your response. Also, if you are already constipated, the caffeine may worsen the condition.

Let us look at how this drug works as a diuretic such that it affects not only your colon but also your kidneys. It works by stimulating the movement of liquid through the body, thus making it faster.

Your kidneys end up filtering more liquid, which they then excrete as urine. You end up urinating more often, and that means that less water gets to the colon. Water must reach the colon, which is a five-foot organ at the end of your gastrointestinal tract.

This part of the body moves any solid waste from the small intestine to the rectum. However, it cannot perform this function where it does not have some water. That is why doctors advise that you take more water if you have trouble going number two.

The colon requires fluid, but not too much. With caffeine in the system, liquid movement takes place fast. As a result, the colon can end up absorbing too much fluid at once, and this can impede movement.

Do you remember that dehydration was a cause of constipation? Well, as much as tea is fluid, too much of it can cause dehydration. Again, this owes to the presence of caffeine, which has diuretic effects.

Look at it this way. Your kidneys keep up with the heightened liquid movement by removing more water from the system. You end up going to the loo more often to pee. Your colon may end up suffering the short end of the stick as it may lack water to process the waste. That could be a problem for someone who is not constipated. But for someone constipated, it only makes the problem worse.

You see, what you need is for fluid to soften the stools and make them easier to pass. The last thing you need is the body to lack water. That would result in hard stools that would be hard to pass. And that can cause tearing as well as other horrible effects.

But here is the thing. Caffeine is not always the enemy when it comes to constipation. In fact, it can even ease the symptoms. You have probably heard of someone saying that taking caffeine makes them go number two.

This effect happens in many people. Why is this? Well, it also triggers contractions in the colon. The movements take place throughout the length of the colon. You see, when your stools are hard, they cannot move along this length easily. They thus take a while to get to the other end. You have to remember that this tract is five feet long. That is quite a distance to cover.

When the contractions begin, the stools start moving along this tract. In some cases, the diuretic effects of the caffeine can lead to more water getting into the colon. That creates an environment in which your stools not only soften but move faster towards the end. 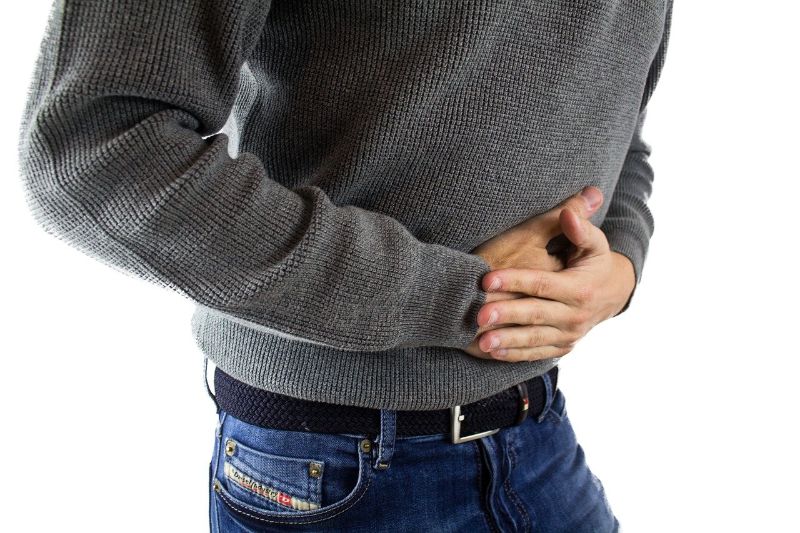 How not to get constipated by tea?

As you can see, this drink can work for or against you. That means that the decision to drink or quit it can be quite hard, more so for avid tea drinkers. Well, if you get rid of the caffeine, the chances of getting constipated owing to dehydration can reduce significantly.

That does not mean that taking tea will automatically dehydrate you. If anything, you can mitigate such effects by adding other fluids that are free of caffeine. For example, adding water to your diet goes a long way in hydrating your colon.

From what you can see, the only way tea will give you constipation is if you drink too much that you end up dehydrated. If you stick to the 400 mg of caffeine limit, you should be fine.

Which teas can ease constipation?

Some teas have proven to aid in stimulating digestion as well as bowel movements. As such, you do not have to give up teas for good in the name of smooth bowel movements.

Peppermint is a wonderful option for anyone who has suffered constipation for a while. This green herb is also ideal for people with upset stomachs, with many studies indicating the same.

Did you know that peppermint oil can improve IBS symptoms? That’s right. A study involving 57 participants found that people who used peppermint oil capsules had their IBS symptoms improve during the 4-week study. If you are having digestive issues or suffer IBS, this tea can aid you a great deal.

Ginger tea is another good option as it contains compounds that stimulate stomach emptying. Anyone suffering symptoms such as bloating, indigestion, nausea, and cramping should try this drink. A study took place involving 11 patients, all of whom had indigestion. They took 1.2 grams of ginger, and this improved their stomach emptying by up to four minutes. That was in comparison to those taking a placebo substance.

Other tea options include gentian root, fennel, angelica root, dandelion, senna, and marshmallow root. All these have had some beneficial effects on digestion and stomach emptying based on past studies.

You can also keep drinking real teas as long as you hydrate and watch your caffeine intake. Going decaf would enable you to enjoy the teas without the heaving and sweating that follows.

Other than being careful with your tea, you also have to have other practices in play. For one, you should drink plenty of fluids. You will find that most people who have a hard time going number two do not drink enough fluids. Your body needs at least eight glasses of water to function. Part of this water goes into softening stool, which gives you an easier time in passing it.

Secondly, you should include fruit in your diet, as they have high fiber content. Good examples, in this case, include apples, prunes, bananas, and figs. Your stool requires a given consistency for smooth elimination.

Eating vegetables also helps a great deal, as these are also rich in fiber. Go for options such as raw vegetables, salads, and pinto beans. And while you are on that, you should stock up on whole grains. All these are rich in fiber, which is necessary for the movement of stools.

Thirdly, you must avoid some foods, which is the hard part. Processed foods, as much as they taste great, do not contain much fiber. And the more of these you consume, the higher your chances of constipation. The same goes for too much tea, dairy, and alcohol. In everything, you must practice moderation.

If constipation does not go away or gets worse even after making lifestyle changes, you may have chronic constipation. Give your symptoms about three months, after which you should seek medical intervention. Your doctor will know the best way forward and can rid you of this problem. Also, stay hydrated! 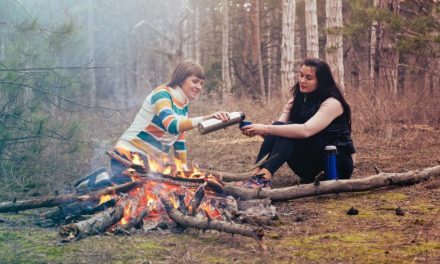 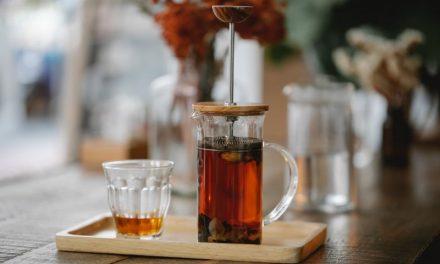 Is Tea Acidic Or Alkaline? All The Facts 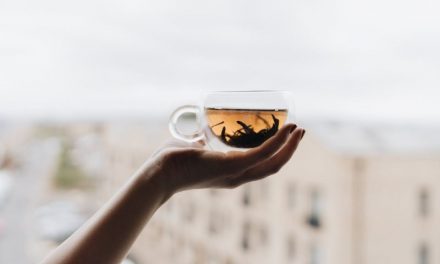 Which Teas Can Help You Lose Weight? 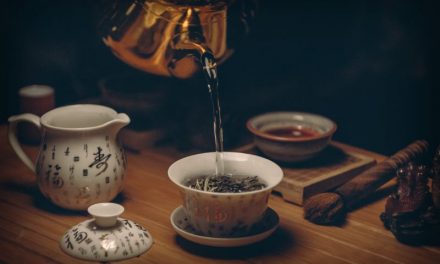 Does Tea Affect Sleep? And Best Teas Before Bed