More often than not, you will hear people talking about how addicted they are to coffee. In many cases, people see it as a norm that someone will start their day with a cup of coffee. They find it normal that some people will be grumpy until they get their morning dose.

And they excuse such behavior until it becomes worrying. Now, what most people do not notice is that some people have a similar relationship with tea.

They will do just about anything to get their hands on a cup of this. And when they do not have their way, things take a turn for the worse.

You see, tea is consumed by a large population in the world. Most people see it as a simple way to start their day. After all, it offers them several health benefits – from maintaining blood sugar levels to increasing metabolism to boosting heart health.

These effects owe to the presence of antioxidants, minerals and vitamins in the tea. These are present in both conventional and herbal teas. Now, conventional teas have another component that makes them harmful if used in the long term – caffeine.

That is the same compound present in caffeine, the one responsible for addiction, or rather dependence. This legal stimulant makes you feel more alert and can have you active for hours. With tea, the release of the caffeine into the bloodstream takes place slowly over a long time.

You thus experience a burst in energy that carries for hours. That is not the case with coffee where a crash fast follows the rush.

Now, the problem with caffeine in tea is that its amounts are not precise. Something as simple as steeping the tea for more minutes can increase the caffeine content. Did you know that a cup of black tea can have as many as 90 mg of caffeine?

That is quite close to what you would expect of a cup of brewed coffee. Most people do not realize this as they work with the notion that tea has less caffeine. So they drink one cup after the other, probably going over the 400 mg limit per day.

What they do not notice is that by often taking this stimulant, they develop a tolerance to its effects. Their bodies slowly adapt and call for more consumption.

Then one day they try to go a day without having tea, and all hell breaks loose. That is when they realize that they may have a bigger problem on their hands than they thought.

Tea addiction can come about as long as you drink caffeinated options. These can be black, green, oolong and the likes.

The longer you expose your body to caffeine, the more likely you are to develop a dependence on the drug. For some people, this transitions to addiction.

This article will look into what causes addiction, its signs and what you can do. The sooner you realize that you are addicted, the sooner you can get help and break the habit.

If you are yet to fall into such a pattern, you are in luck as you can avoid it by adjusting your consumption.

You may wonder what causes addiction to tea. It looks like such a harmless drink for it to take over your life like that. The thing is, you cannot tell if you will develop an addiction or not.

Some people end up addicted while others can break the habit anytime they wish. Those who cannot stop taking tea often find themselves going over the recommended daily cups.

The addiction stems from the presence of caffeine in the tea, which you can avoid by going decaf or choosing herbal teas. This stimulant easily gets into your bloodstream and can affect your brain and nervous system.

It affects your body by blocking adenosine receptors, thus preventing adenosine from binding to the same. Adenosine is the hormone responsible for making you sleepy and tired. Without it, you end up with more stimulating hormones in the body such as adrenaline.

Also, you end up with more endorphins and dopamine, giving you that happy feeling. The problem with this is that you end up excited and happy and can keep working for longer.

Some athletes rely on this to perform better in the field. The more of this happy feeling you get; the more you will want to consume caffeine. That is the case with most drugs as they keep you coming back for more.

In the first instances, you will find that a cup of black tea will make you feel great. That is the equivalent of about 90 mg of caffeine. Caffeine sensitive people may react harshly to this, showing jitters and other symptoms.

But for other people, this is what they need to keep their mood going. After a while, the body responds to the presence of caffeine by developing more adenosine receptors.

When this happens, one cup is no longer adequate to induce the desired response. You find yourself needing two, three, then four or more. That shows that you have developed a tolerance to the stimulant.

That is where the trouble begins. Your system responds such that without the stimulant, your energy and mood levels are below the average person’s. As a result, you have to have a cup of tea to feel anywhere as energetic as the typical person.

Thus, you wake up feeling moody and fatigued, needing that cup of tea to bring your levels to what is normal. That shows dependence in your system. And eventually, it can pave the way for addiction.

Thus, addiction does not happen overnight but is a result of reinforcement and rewarding values. 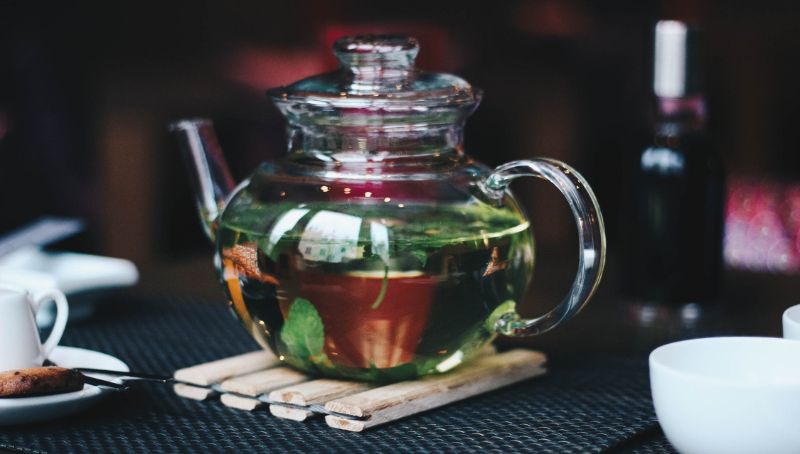 Signs that you are addicted to tea

Many people often joke that they are addicted to something. You can even think you are addicted to watching a given show. However, addiction is deep-rooted, and you can tell it is present by watching your behavior. Below are some likely pointers.

How does your body react when you have not had tea? Some people experience spasms which are a result of withdrawal. They can barely function as their bodies often spasm, a cry for help owing to the lack of caffeine.

Note that these can occur even when you are not addicted. For example, if you have taken about six cups of black tea in the past few days, then you stop. Your body would react, not necessarily showing that you are an addict. It could be a sign that dependence has begun.

If you walk into your favorite café and they start making your tea without asking for your order, you could be in trouble. Unless you know the owner or someone who works there, it shows that you are there too often.

Watch out for such cues. They may not indicate much at the moment, but they are huge indicators of your tea consumption.

As stated earlier, tea consumption will affect your mood and energy levels, thanks to the presence of caffeine. When you have an addiction, you will not feel like yourself until you have had some tea.

People probably avoid you before you have your cup of tea because they know how grumpy you can be. Some people even experience anxiety until they have had some caffeine.

If you can notice a difference in behavior before and after tea, you could have a problem. People may even make jokes about how you behave before having tea. Take that as a warning sign.

Dependence paves the way for addiction. The former is where your body depends on a given substance for it to function in a certain way. You may find that without tea, your blood pressure drops. It shows that your body now relies on caffeine to get the level up, which is not a good thing.

You may even find that these changes happen regarding temperature. If you find that without caffeine, your temperature fluctuates a lot, it could be time to quit. The drug has taken over your body’s ability to regulate its temperature. And that is a serious effect.

While tea releases caffeine in small amounts, the stimulant remains in the body for hours. As a result, by the time it is bedtime, you could have a hard time falling asleep. And even with knowing this, you find that you cannot say no to that cup of tea.

You keep up with consumption, well aware of how hard it will be to sleep. If you find that you knowingly put your health at risk time and again, it could be time to rethink some things.

Having tea has many great effects on the body. When you have a routine, you can even enjoy a calming effect after having had the tea. However, these effects are only present when you are moderate with your consumption.

Think of why you have the tea. Some people drink it for a small jolt in energy while others do it for the taste. If you can no longer pinpoint a reason, yet you are consuming several cups in a day; you may have a cause for worry. Tea addicts will have it at any time, even during lunch, ‘just because’.

Having caffeine in large amounts will affect your energy levels in the long term. It owes to the creation of more adenosine receptors which call for more quantities of this stimulant.

If your energy levels are low unless you have some tea, you could be in trouble. That is especially so if you cannot feel refreshed after a long night of sleep unless you get some tea. It shows a great deal of reliance.

While most people will not readily admit it, caffeine is a drug. Thus, as you down those teas, you are consuming a substance that can change how you behave. One such change is reduced focus. If you find that you must have tea to handle certain tasks, your dependence is on a large scale. And you need to think of ways to bring it down.

Another vital sign is experiencing withdrawal symptoms such as headaches whenever you try to go a day without having tea. Also, if you have ever tried quitting and could not get yourself to do it, you are likely an addict.

Treatment of a tea addiction

How can you get help to deal with your addiction? Well, the good news is that you can kick the habit. But how you go about it depends on the severity of the addiction and how much tea you often consume.

If you are new to the addiction, you can go cold turkey and likely get good results. However, the best method is to wean off the caffeine by reducing your consumption by a small amount each day.

Kicking the habit will not be easy, and you will likely have harsh withdrawal symptoms. These include muscle cramps, depression, fatigue, irritability, constipation and insomnia. Stay strong and if things get hard, seek professional help.

Seek help if you can’t stop yourself

If you think you are an addict, you should seek help as early as possible. The same goes for if you feel a loved one could be facing a hard time with their adduction. The sooner you get help, the easier it will be to restore the balance in your system.

The best approach lies in preventing tea addiction, where possible. Reducing your intake and using decaf occasionally helps. One or two cups per day should be enough to keep addiction at bay. If you feel that you need more than this, you are likely knocking on addiction’s door. 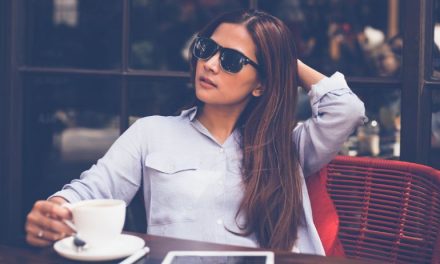 Can You Dye Your Hair With Tea? Plus DIY Instructions 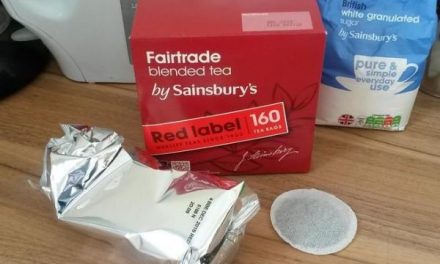 Does Tea Expire? And How To Recognize Expired Tea 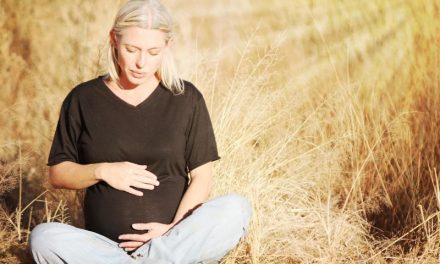 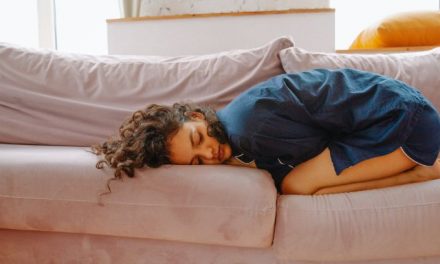 Can Tea Cause Diarrhea? And How To Prevent It