Is Tea Bad For Cats? Everything You Need To Know 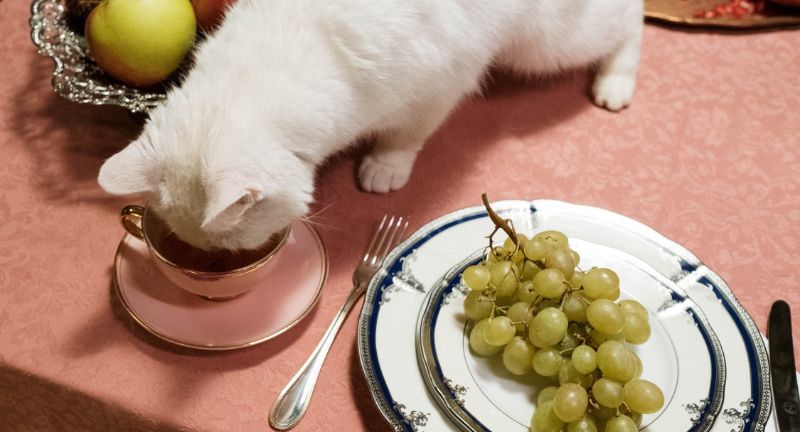 Being a feline lover means that you have to understand what cats want and when they want it. It may take a while to adapt to having an animal reliant on you. But the good thing with cats is that they are independent creatures. If anything, too much attention can drive them away.

Even so, they do enjoy most of the things humans like. These include but are not limited to warm couches, milk, meat products, and many things you consider treats. Your feline friend will rub against you and look up at you, throwing a few meows here and there. And cats can be so persistent that you end up giving them what you are having.

But should you always give in to these cries? Could you be harming your cat in the name of being a great pet lover?

Should your feline friend have any tea? The answer is no. Tea, while beneficial to humans, contains compounds that can harm your cat. If your cat licks up some spilled tea, that is not a problem. It would not end up ingesting enough compounds to cause a reaction.

But if you were to pour the tea into its bowl, that would be another thing in entirety. However, if the cat reacts to the few drops, you should treat the case with the attention it deserves.

You should note that reactions always relate to the amount of tea consumed. That is why a few drops here and there may not be such a big deal. But if the cat drinks more than this, toxicity can come about. The regularity of consumption also matters. If you keep exposing the animal to tea compounds, negative consequences are likely to follow.

You see, most people drink teas that come from the Camellia Sinensis plant. These are known as the real teas as they contain caffeine. The caffeine content depends on the amount of oxidization, if any, that the teas go through.

Black tea has the most caffeine as it undergoes the most oxidization. White tea lies on the other end as it undergoes minimal or no processing. Thus, if your cat was to drink white tea, the effects would not be as bad as those from a similar black tea dose.

When a cat drinks caffeine, the symptoms that come about vary greatly based on the amount of caffeine. It also depends on the age of the cat and whether it has any underlying health conditions. Likely symptoms include anxiety, jitteriness, and easy startling.

You notice that the cat has become hyperactive and seems distressed. Irritability also sets in such that it becomes easier for the cat to start fights with other pets. It can also become agitated when held and can be quite dangerous to those around it.

As long as the caffeine dosage was small, the effects should wear off after a while. Usually, the caffeine passes out of the body in about eight hours. However, that depends on a myriad of other factors such that it can take a longer or shorter period.

Caffeine toxicity can be severe in some cases. If you find that the cat is drooling more than usual, having the runs or vomiting, you should worry. Such symptoms can easily lead to dehydration, which can kill the cat.

Also, a high amount of caffeine can cause internal organ failure in some cases. In these situations, you should take the cat to a vet for medical intervention. With sick, young, or old cats, even small doses can harm their systems. They can even experience seizures, which makes giving them tea a bad idea.

At this point, you may be thinking that giving your cat decaf is thus a safe solution. Is it? Not quite. You see, tea also contains other compounds other than caffeine. These include tannins, and in some teas, essential oils are in play. The latter compounds add to the flavor of the tea and make it more palatable.

However, these effects are only beneficial to humans and will not apply to your feline friend. If anything, cats cannot process these oils like humans. That can wreak havoc in their tiny systems, causing adverse symptoms.

What about milk? You probably give your cat milk. After all, there is this notion that cats and milk mix well. That is not the case. First, some cats are lactose intolerant such that they cannot handle milk well. They end up having the runs as well as other symptoms that are indicatory of this indigestion. As such, giving them milky tea would only add insult to the injury.

Secondly, milk can work in reducing the concentration of the tea compounds. That is a plus, only that it cannot take away the danger to which you will expose your cat. That means that with or without milk, your cat would still suffer harm. It would even be worse if the cat is lactose intolerant. 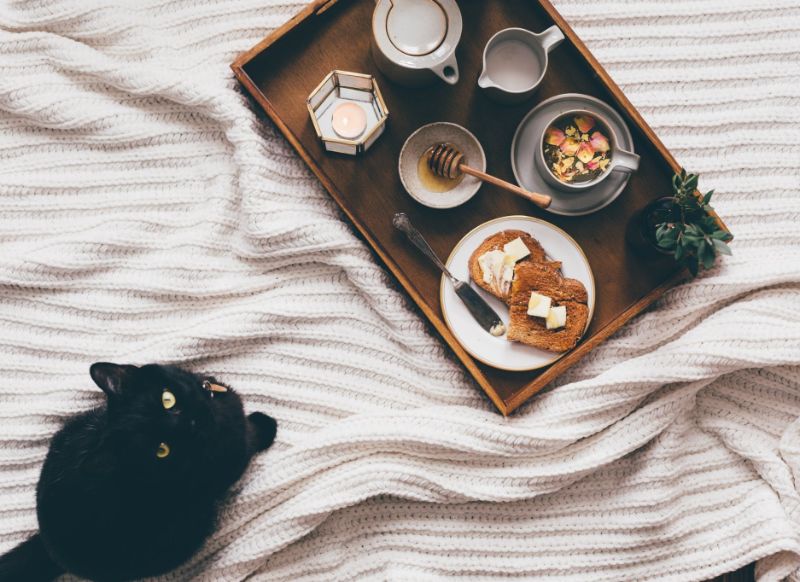 Given that caffeine has proven to be harmful to feline animals, should you opt for herbal teas? Well, it comes down to the herbs in play in the tea. Some may be good for your cat, while others can be as (or even more) harmful than caffeinated teas.

Take chamomile tea as an example. It has proven to be effective in humans by inducing sleep as it has a calming effect. You would not think that this tea can be harmful to a cat, but it can be. Chamomile has different varieties, though people often categorize them as one.

German chamomile will not harm your cat and can even work towards bettering its health. But Roman chamomile can harm your cat. The thing is that when you get chamomile tea from the store, it might not have a label indicating which variety is in use. You can thus end up with a harmful blend.

As long as you cannot tell what is in the tea, consider it a danger to your feline friend. Think of it as a rule of thumb.

St. John’s Wort is another tea you should avoid giving your cat. Even with humans, this tea is not always a good choice. It can interact with meds, leading to some pretty nasty effects. How about mint teas? Can your cat drink these? No, these can cause indigestion in cats.

The funny thing is that these teas have the opposite effects in humans – in that, they alleviate digestive problems. It goes to show how different we are from cats. As such, we should not be giving them what is good for us, thinking it will be good for them.

Lavender is another soothing tea that can put you to sleep. Think about it. You are an hour away from sleeping and are curled up on the sofa with some lavender tea. A soft meow comes from the other end of the room, and your cat starts making its way toward you. The look in its eyes is enough to make you give it the whole cup of tea.

Instead, you pour out a few teaspoons and think nothing of it. Well, this herbal tea can harm your cat. But the good thing is that it would require drinking several cups for the sickness to start. However, your cat can probably drink as many cups as needed to feel sick. That means you have to control how much it drinks. 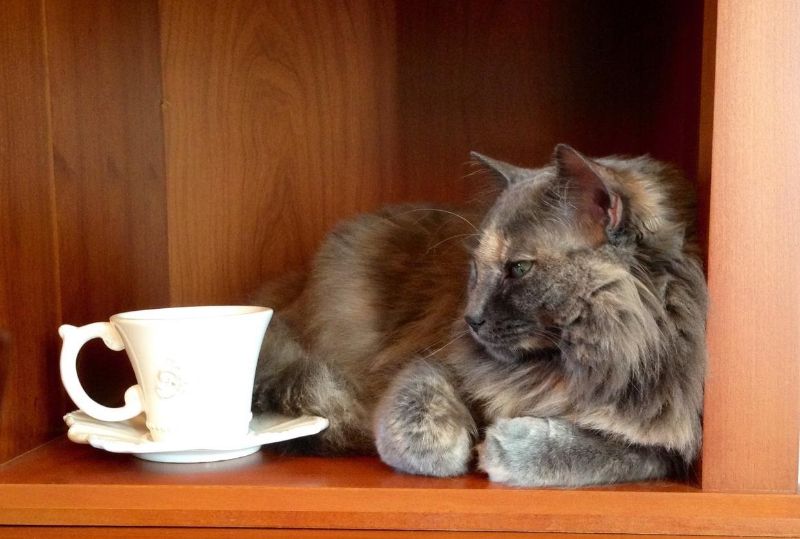 Teas For Your Cat

That does not mean that all herbal teas will harm your pet. Some can be beneficial, and you can make these blends from the comfort of your home. Why would you do this? Well, teas can provide healing to animals.

Your vet may even suggest that you give the cat a given tea to treat some condition. Also, taking tea would add to the animal’s daily fluid intake. You would not want your cat to become dehydrated, would you? Unfortunately, most cats do not take as many fluids as they should. And if taking tea is the way to get there, then that would be a valid reason.

When giving your cat any tea, ensure that it is cool, rather than straight from the heat. Cats generally eat the food as presented and can end up scalding their mouths and noses. Also, ensure that you separate the water and herbal tea bowls. The smell from the latter can dissuade the cat from taking water. You want to avoid a situation where fixing one problem leads to another.

Have you heard of catnip? If ever there was a herb suitable for cats, then this is it. It works great in calming anxious cats. If your feline friend has been having trouble keeping calm, they can take this and go on a trip to a wonderful land – probably one filled with mice. Also, they can drink more fluids in the process.

Speaking of relaxation, how about valerian tea? This tea is known to also induce sleepiness in people who have trouble getting some shuteye. Well, this relaxant has the opposite effect in cats. It works as a stimulant, much like caffeine, only without the toxicity.

If you feel that your cat can do with a bit of physical activity, getting it this tea would be a great idea. Liquorice root tea is another excellent option that works in soothing upset stomachs. It can also relax nervous cats.

Should Your Cat Drink Tea?

As long as you are not giving your cat caffeinated or selected harmful herbal teas, it should be okay. You can talk to your vet about suitable tea infusions for your cat. That can not only allow it to stay hydrated but can also have other positive effects on its health. Do not offer the cat anything without checking with the vet. Also, keep your cat away from caffeine. 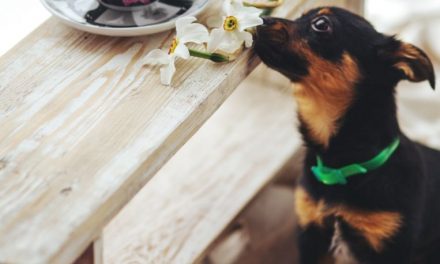 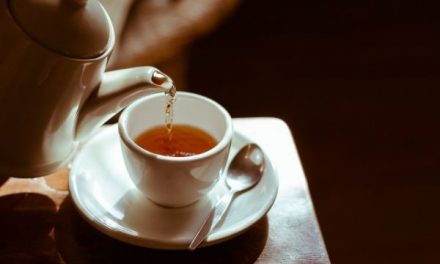 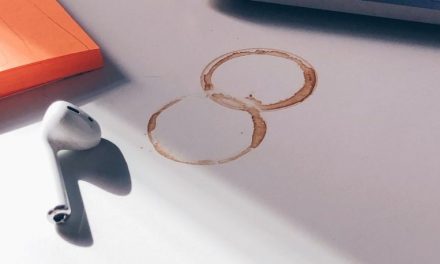