Why Coffee Makes You Tired (With Tips) 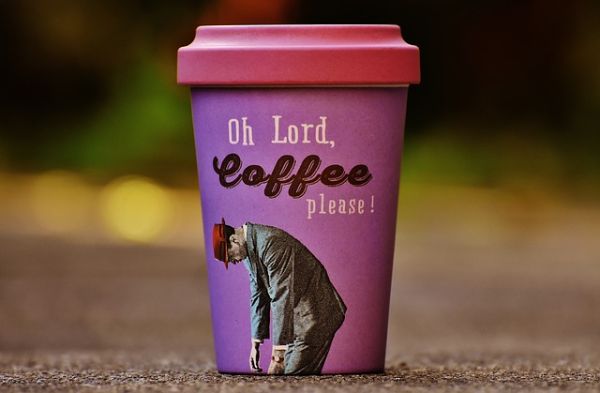 Avid coffee drinkers will tell you that they do experience a surge in their energy levels after consumption. However, did you know that coffee can make you tired too?

Some people will feel better after taking coffee, only for fatigue to affect them later in the day. That is why many people look for ways to beat this fatigue, otherwise known as a caffeine crash.

If you are reading this, you have probably felt this fatigue at some point. You could also have come across someone who has been through it.

Some people say that they feel sleepy after taking coffee. They cannot understand how people use this stimulant to raise their energy levels.

Caffeine is a mild diuretic. The more of it you consume, the more you will get the urge to use the loo. This increased urination can leave you feeling dehydrated after a while.

When your body does not have enough water, your blood pressure goes up, as does your heartbeat. Your body tries to conserve energy at this point, and this pushes you to one side of the extremities.

Performing simple tasks seems harder, and you feel tired. If anyone offers you a chance to sit or nap, you will consider taking it.

While caffeine is a mild diuretic, it can cause a fair amount of dehydration. You can tell that you feel dehydrated if you feel thirsty. Your urine can also indicate the state of your system by changing color.

Pay attention to these details, and you can catch the dehydration from the start. Taking water will help you stay hydrated.

That’s why doctors advise that you take at least eight glasses of clean water each day. Coffee does not count as part of these glasses. 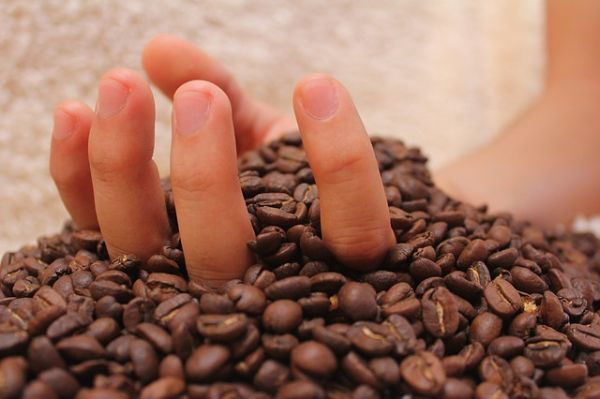 Sleepy from a sugar crash

How do you take your coffee? That is a question which most people answer every day as they get their daily fix. Some take their coffee black and sugarless. Then some heap sugar spoon after spoon as they indulge in their favorite beverage.

There is this joke that’s popular among coffee drinkers who like a lot of sugar. They call their drinks coffee-flavored sugars. It goes to show how much sugar they use in their drinks.

Your body can only take so much sugar. It can handle up to 37.5 grams for men and 25 grams for women. Taking more than the recommended daily limit will not only endanger your health but also cause a sugar crash.

Your body uses up the sugar faster than it does the stimulant. You thus feel a lot of energy at once before slowing down eventually, and feeling sluggish.

You can avoid this crash in energy levels by opting for artificial sweeteners or taking the coffee black. Alternatively, you can use milk in your drink and do away with the sugar.

If you find that avoiding sugar altogether is too hard, you can try hydrating with a lot of water. Remember that sugar causes an ionic imbalance in the body. Water moves from the cells and into the blood when your blood sugar levels increase.

And that can make you dehydrated and cause you to feel tired. So, water would be helpful in this case.

Tired from mold in your coffee

While you may think that sugar is the reason behind the fatigue, mold could be the issue. How gross is that? Well, it turns out that if coffee beans are not kept in the right conditions, they can develop mold.

These toxins can also give you chronic fatigue. That means that you will feel sleepy with or without the caffeine. People with chronic fatigue can sleep for hours on end and still feel sluggish.

In this case, it would be best to seek medical help, especially if you feel dizzy and cannot concentrate. 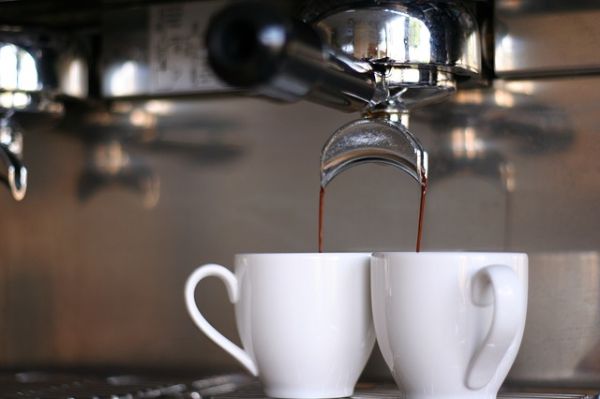 Heightened stress because of caffeine

Most people associate being stressed to lying awake all night and pacing from one room to the other. There is this perception that being stressed will make it hard for you to sleep.

While this is true in most cases, people experience stress differently. Some end up feeling tired such that accomplishing their tasks becomes harder.

During stressful times, they rely on a hormone known as cortisol. This hormone works in keeping the body in high alert. It works to protect you from the perceived danger, which can lead to anxiety and the pacing that is common in stressed people.

There is also adrenaline. When you are in a flight or fight mode, this hormone works in increasing your alertness. That’s why you feel ready to run or fight when you are in danger.

Now, how does caffeine relate to these hormones? A study found that when one takes caffeine when stressed, the hormone levels increase. And this has nothing to do with whether a person regularly takes caffeine or not.

But instead, it is a reaction to the caffeine. So, anyone taking caffeine can feel more stressed afterward. What follows is high anxiety followed by slowing down.

The body can convert all that stress into fatigue as a way to help you relax. Thus, if you are already under stress and tired, it will only get worse after you take caffeine.

If you decide to stop taking this stimulant, withdrawal symptoms are sure to follow. The adenosine will bind to the receptors, and given its high quantity, you will fall under the sleepiness extremity.

Thus, feeling tired is a sure way of getting you to sleep. Alongside sleepiness, you can also experience nausea, mental fog, headaches, and irritability, among others. These symptoms start to show about 24 hours after the last cup of coffee.

The longevity of the symptoms depends on how often you take this stimulant. If you do not take much caffeine, the effects can last a few days. If you are an avid drinker, the results can last a few weeks.

Thus, withdrawing should follow a pattern to avoid adverse effects. As stated earlier, you should work on doing so gradually. You can reduce your consumption by a quarter cup every one or two days.

That way, at the end of each week, you are down a cup. You can also try other sources of caffeine, such as green tea, as these have less caffeine.

In the end, you should be down to one or two cups of coffee now and then. It allows your body to reset and undoes the adverse effects of this stimulant. 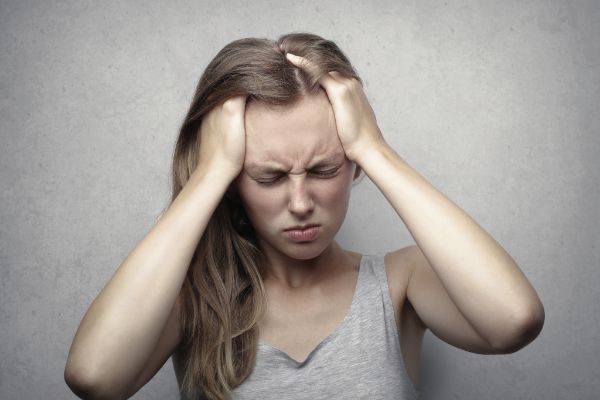 A caffeine crash is a common cause of tiredness

Think about it this way. You take one cup of coffee and feel better, mentally, and physically. This effect lasts a few hours. After this, you start slowing down and eventually feel tired.

This tiredness is something that many people experience. It takes place when you have taken moderate to high amounts of caffeine.

Also, note that it affects people who were already tired before taking the caffeine. Thus, they masked the tiredness with an energy boost and are now back where they were. And their energy levels could even be lower than what they were when they first started.

How does it feel? Caffeine crashes vary from one person to the other, but the symptoms are pretty standard. For one, there is the fatigue that comes about in high intensity.

It feels like sleepiness as you are now on one end of the extremities. But this is not all. This crash also affects your mood, such that you end up being irritable.

You can probably think of someone quick to anger when they have not had their fix. Well, as your mood levels go below the normal curve, you can become irritable.

On top of this, it becomes harder to concentrate. You can go over the same line ten times in a row without understanding its meaning. And eventually, your body starts to give in, and you become sleepy.

You can even start dozing off. And that is when most people reach for another cup of coffee. What they do not know is that they are only making the situation worse.

Caffeine crashes are the most common reason why people feel tired after taking coffee. While sugar, mold, and other such factors also play a part in this, their effects are minimal compared to this.

How to avoid a caffeine crash

The good thing is that you can avoid falling into this slump by following a few guidelines.

The first is that caffeine is not a substitute for sleep. It can feel tempting to forgo sleeping, knowing that you can get a quick fix in the morning. Doing this a few times will not hurt. But in the long run, your body will suffer the effects of this.

Instead of using caffeine to stay awake, you should work on your sleep schedule. That way, you can be well-rested in the morning and avoid having an adenosine buildup.

You should also work on how much caffeine you take. Crashes are only present when you take moderate to high doses of this stimulant. Thus, if you can take less caffeine, you will not experience these slumps.

Recommended daily limits stand at 400 mg caffeine per day. Try working with 200 mg or less, and see how this works for you. As you do this, also try and spread consumption through the day.

Instead of taking two cups in the morning, take one in the morning and save the other for the afternoon. That way, you are not likely to experience a crash as you will have caffeine in the body throughout the day.

Taking caffeine on an empty stomach does not work in your favor. You should eat something from which you can get real energy.

If you rely on the temporary energy burst from caffeine, it will not be long before you feel tired. Make sure you get all the calories you need before consuming this stimulant.

While you are on this, you should also read about caffeine hangovers and how you can avoid these. It all comes down to watching how much of this stimulant you consume.

While feeling tired after caffeine consumption is normal, you can avoid it by embracing moderate consumption. Do not use coffee as a substitute for lack of sleep as it will only help you in the short term.

Instead, adopt enough sleep, a healthy diet, and stress management. That way, you can lead a healthy life. You can still take caffeine but in small doses. However, if the crashes remain, you should try and eliminate this stimulant.

This way, you can tell if the coffee is to blame or have other underlying conditions. Remember to be gradual in cutting back or quitting this stimulant to avoid adverse effects of the same. 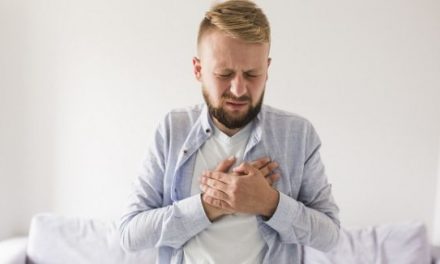 Can Coffee Cause Heartburn? And How To Prevent It 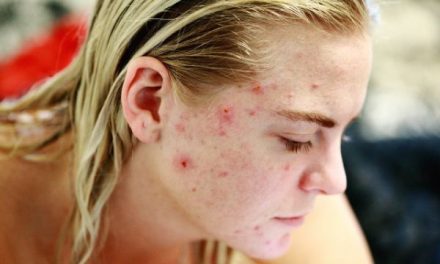 Can Coffee Cause Acne? (And How To Prevent It) 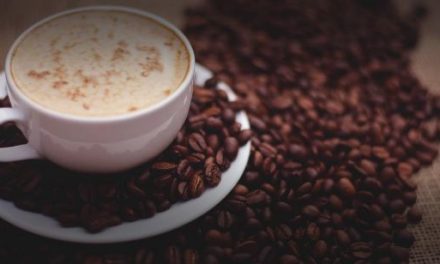